I think one of the most difficult aspects of existence is the “sliding scale of dissatisfaction”. No matter how much life improves, there’s always a “worst”. Even if I eat like a king every night of the week, one of those days contains my least favorite meal. Even if I feel great most of the year, a day in which I have a headache feels like the worst day ever. This phenomenon demonstrates that external improvement can NOT lead to satisfaction.

It is ONLY by the cultivation and practice of “appreciation” that one can get anywhere near the realm of contentment. It’s an internal process utilizing mental discipline. It requires an awareness of focus and the application of effort to maintain focus on high-quality subject-matter. “This is the worst meal I had all week!” becomes “This is the seventh greatest meal I had all week! I’m so grateful to have a variety of foods to consume. Varying meals makes my experience better!”

Rating and comparing are dangerous activities rife with nastiness. When you play stupid games, you win stupid prizes – ultimately leading to dissatisfaction. Don’t like something? Don’t think about it. Like something? Appreciate it sans-comparison. Something is good for its inherent qualities, not because it’s better than something else. And again: if you can’t find an aspect you like, focus on something you DO like – even if it’s a fanciful fairytale in which everything goes your way.

Discontentment flourishes from comparison and criticism. “This is better than that! She’s better than me! This is the worst! I want the best! My expectations aren’t met!” Utilize mental discipline to cease comparison and criticism – stop encouraging such unpleasantness. Stop comparing to an idealized image. Encourage appreciation instead, place focus on what pleases and delights – things that invoke smiles and laughter, activities that inspire feelings of accomplishment. 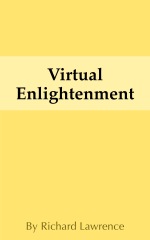